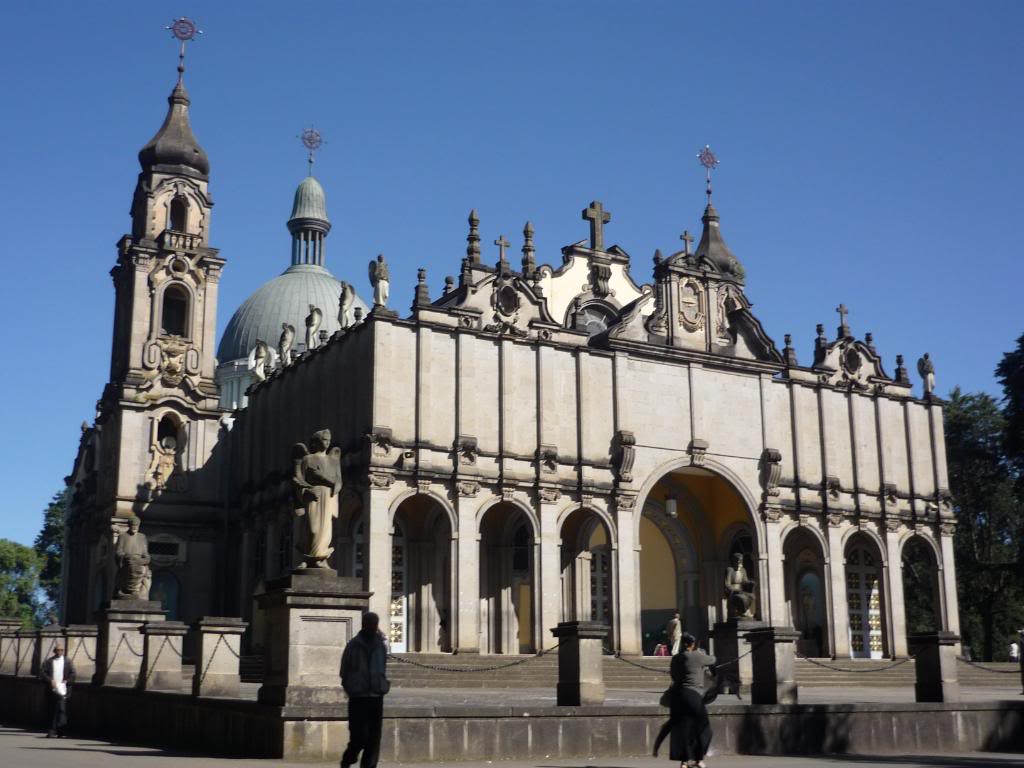 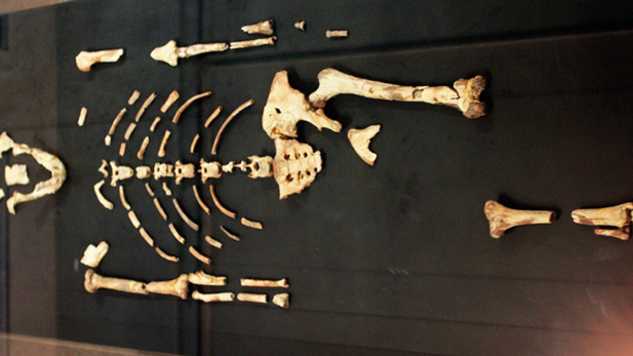 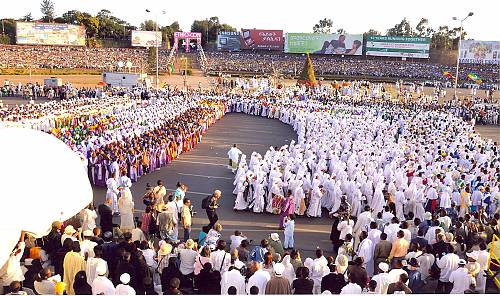 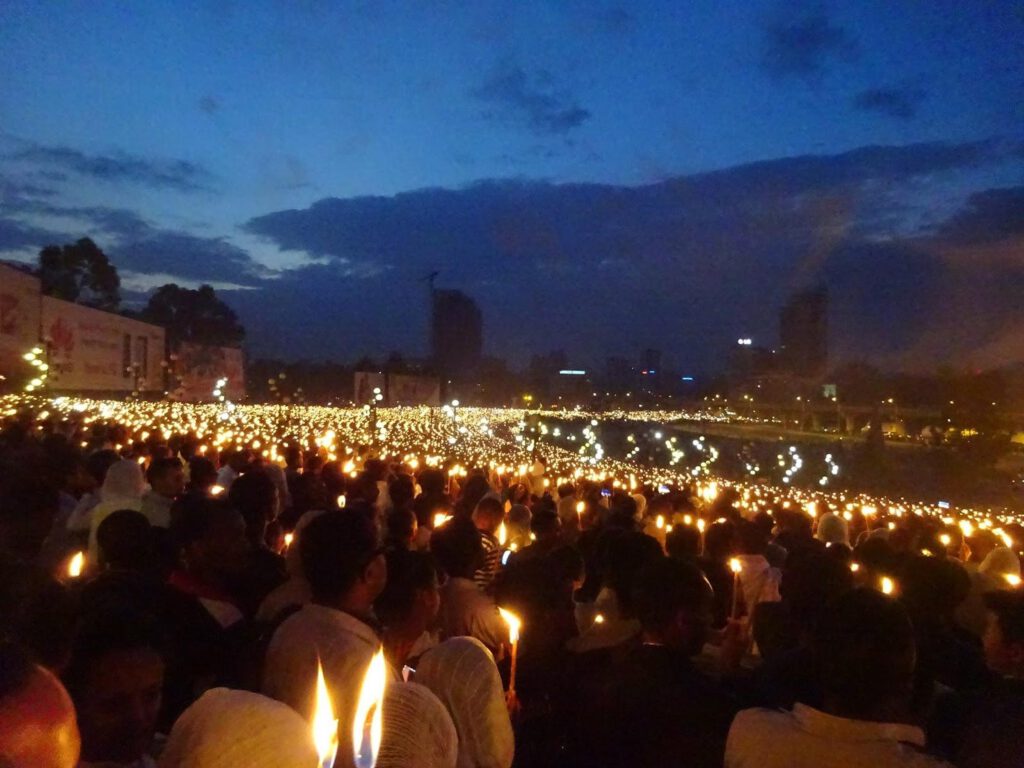 Short visits to the main attractions of the city: National Museum, Holy trinity Cathedral, Entoto Mountains and One of the major Ethiopian Orthodox festivals is celebrated for two days beginning September 26th.

Legend has it that in the year 326, Queen Helena (Empress Helen) the Mother of Constantine the Great, discovered the cross upon which Christ was crucified. Unable to find the Holy Sepulchre, she prayed for help and was directed by the smoke from a burning fire as to where the cross was buried.

After unearthing the Holy Cross, Queen Helena lit torches heralding her success. In the Middle Ages, the Patriarch of Alexandria gave the Ethiopian Emperor Dawit half of the Meskel (Finding of the True Cross) in return for protection afforded to the Coptic Christians. A fragment of the True Cross is reputedly held at the Gishen Mariam, about 70 kilometers northwest of Dessie

Day 1 :
Day excretion - Upon arrival at Bole International Airport you will be met by a Scenic Ethiopia Tours representative and be taken to your reserved hotel. Depending on your arrival time, we have various sightseeing options The largest city of Ethiopia and its capital city at the same time is Addis Abeba, which in Amharic means "a new flower". It is located in the center of the country, 2400 above the sea. It is one of the highest-located capital cities in the world. According to many sources, Addis Abeba is third in such classification, after Bolivian La Paz and Ecuador's Quito. Before noon our tour will begin with seeing the orthodox cathedral of the Holy Trinity. It is the most important church in Ethiopia. In this church, there is a mausoleum of the last emperor of Ethiopia - Haile Selasje. His wife is also buried there. Then, we will see the National Museum that is said to be one of the most important museums in whole Sub-Saharian Africa. 3.2 million-years old bones of our grand.... Ancestor - Lucy, are one of the most famous exhibit of their collection. The attention of visitors is drawn by a rich collection of insignia of emperor and churches, costumes and weapons. The oldest exhibits are rock sculptures and inscriptions from the times of Queen Saba, found near Aksum and in today's Eritrea. The lunch break will take place in the restaurant serving Ethiopian dishes and local beer at one of the oldest and the first hotel built by emperor Menelik II and his wife empress Tayitu hotel. Afternoon (After lunch) we will climb the Entoto hill located 3200 m above the sea. Here located was the capital city of Ethiopia, before Menelik II moved it to Addis Abeba. The king's palace remained until today. The local museum exhibits crowns belonging to kings and church, costumes and insignia. After coffee break, we will continue to attend the annual intangible festival ceremony is called Meskel. Meskal is second in importance only to Timket and has been celebrated for over 1,600 years. The word actually means “cross” and the feast commemorates when the cross of Christ was revealed to Empress Helena, mother of Constantine the Great. In Addis Ababa, celebrations start in the early afternoon when a procession bearing flaming torches approaches Meskal Square from various directions. Thousands gather at the Square to bid farewell to the rains and welcome in “Tseday” the spring season with its profuse “Meskal” daisies and golden sunshine. As evening darkens, the flames glow brighter. It is not until dawn that the burning pyramid consumes itself entirely and the big tree at the center finally falls. During the celebrations, houses are stocked with “tella” the local beer, and strangers are made welcome.