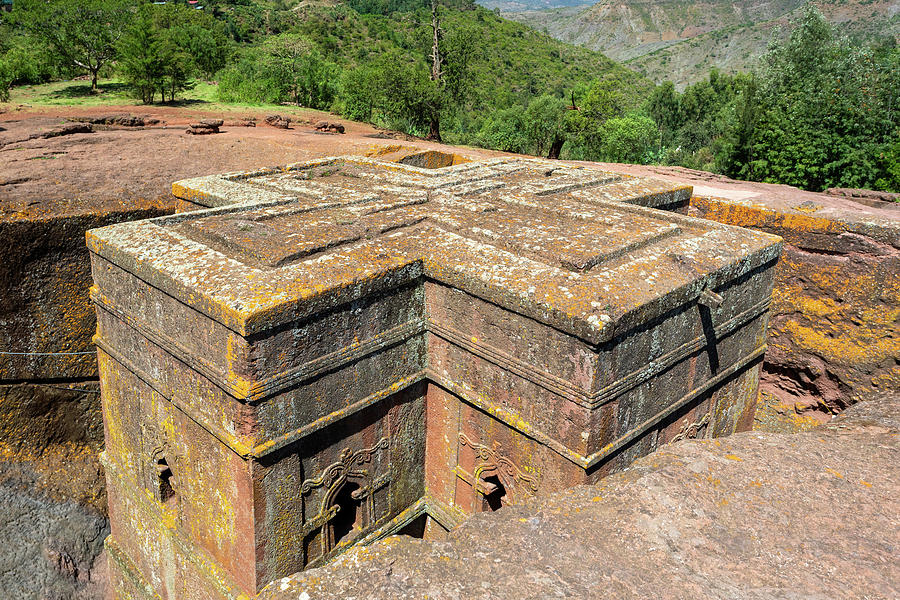 Lalibela’s rock-hewn churches are situated in the north of the country in the city named after their constructor, a former Zagwe Dynasty Emperor of Ethiopia. The city is located 645km from Addis Ababa in the North Wollo Zone of the nation’s Amhara region, which sits at approximate 2400m above sea level. It is a rocky and mountainous area that is dry and often prone to droughts and was once the location of the historic capital of Ethiopia.

The Rock-hewn Churches of Lalibela are located in the Western Ethiopian Highlands near the town of Lalibela, named after the late-12th and early-13th century King Gebre Mesqel Lalibela of the Zagwe Dynast, who commissioned the massive building project of 11 rock-hewn churches to recreate the holy city of Jerusalem in his own kingdom.

Rise early and take the morning flight to Lalibela in the north of
Ethiopia. Lalibela is famous for it’s incredible monolithic rock-cut
churches and one of Ethiopia’s holiest cities.
On route from Lalibela airport to the hotel, stop of to visit Nakute
Leab Church.
After check in and some lunch, take a hike to see the Asheton Maryam Monastery.
Nakute Leab Church
Lalibela
In 1270 the king of the dynasty Naakute Laab Zagwe of Lalibela, on the
advice of the influential monk (later saint)Tekle Haimanot , Emperor
abdicated in favor of Yekuno Amlak belonging to the Solomonic dynasty.
The church located in the cave where Naakute Laab led a hermit’s life,
is a lovely place in a spectacular location. The church has one of the
most interesting collections of ancient crosses, illuminated
manuscripts and icons, some of which are attributed to its founder
Naakute Laab.
Asheton Maryam Monastery
Lalibela
The Asheton Maryam monastery is located high above Lalibela on Mount
Abuna Yosef at an altitude of nearly 4,000 metres. The view from the
top is breathtaking and gives you a panoramic view of Lalibela and the
surrounding region. The semi-monolithic church was carved out of a
vertical cliff face and the surface quality of the rock is much
rougher than in most other churches of Lalibela.
Meals Included on this Day
Lunch & Dinner
Plane & Private Vechicle
Addis Ababa – Lalibela
1h – 2h
Quick internal flight followed by a transfer in the comfort of a
private vechicle.

On our second day in Lalibela, take a walking tour around the town to
visit all the rock-hewn churches. In the morning, visit 6 churches;
then take a break for lunch. In the afternoon, continue visiting the
remaining churches.
Lalibela’s Rock-Hewn Churches
Lalibela
Lalibela’s Rock-Hewn Churches have to be seen to be believed. In total
there are 11 cave churches, some of which date back to the
13th-century, and the most famous and iconic church being St. Georges.
Meals Included on this Day
Breakfast, Lunch & Dinner

Check out of the hotel at 7am and transfer to the airport. The
transfer takes around 1 hour. Get the mid-morning flight direct to
Addis Ababa with a view to being back in the capital by midday.
Meals Included on this Day
Breakfast
Plane
Lalibela – Addis Ababa
1h – 2h
Save some time with a short internal flight in Ethiopia! Cover a large
distance in a short time.